Cycling from Eight to Eighty

Have you heard slogan “from eight to eighty” from the San Francisco Bicycle Coalition? Their mission is to build safe, comfortable, continuous bikeways, fit for cyclists of all ages. I’m sure many people find the idea of 80 year olds riding bikes far fetched, but I don’t have to look any farther than my very own family.

Meet Mom and Dad. They’re 80, and they’re still pedaling strong. It was hard to get ahead of them to take these photos on our vacation in Florida this summer. I had to ask Dad to slow down so I could snap the photo. 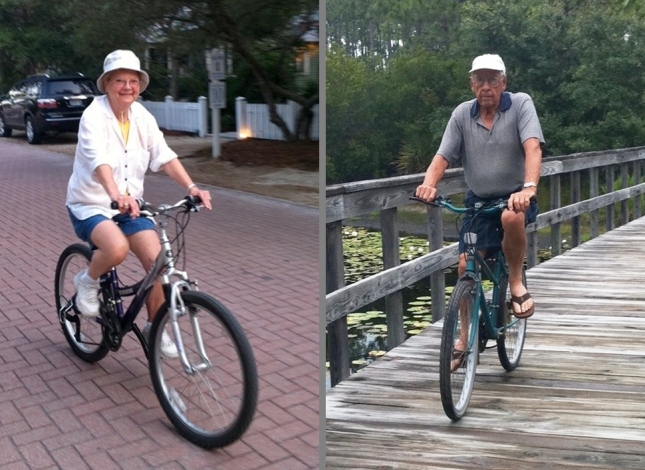 Both have been riding since their childhood in the 1930’s in small town Louisiana. Dad and his brother were paperboys, delivering the nightly news to everyone in town. During WWII, they became experts at bike repair when parts were scarce and even a simple innertube impossible to buy. Mom has never been an athlete. She kept score rather than play on her high school’s girls basketball team. With only 13 in their graduating class, I’m surprised they didn’t need her to field a team.

Growing up, bicycling around the neighborhood was an all-family activity, which Mom and Dad continued after we all moved out. Dad still zips around pushing a big gear while Mom rolls along at her own pace. Still, Mom managed to put 3500 miles on her bike in her mid-70s, averaging 13 miles a week on her four mile loop.

Aren’t they cute? In Florida I even convinced them to let me take their bike portraits. Mom was more than willing to take a glamour shot in her sundress and thong heels. And it only seemed fitting that I catch Dad on the way to the courts, because tennis, not bicycling is his real passion. 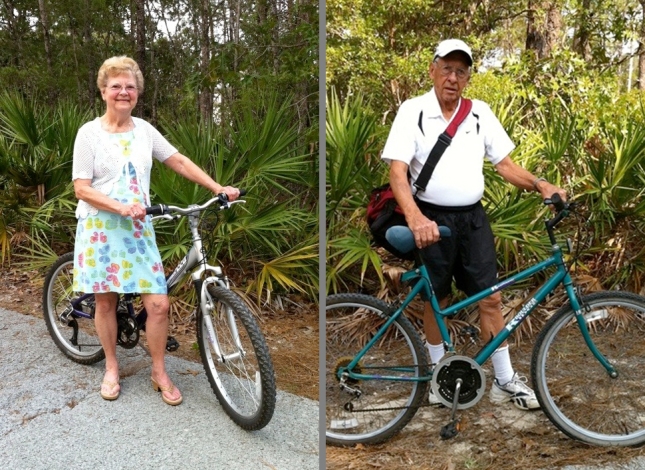 I’m really proud of my parents and how they’ve taken care of themselves. They’re cute together, aren’t they? 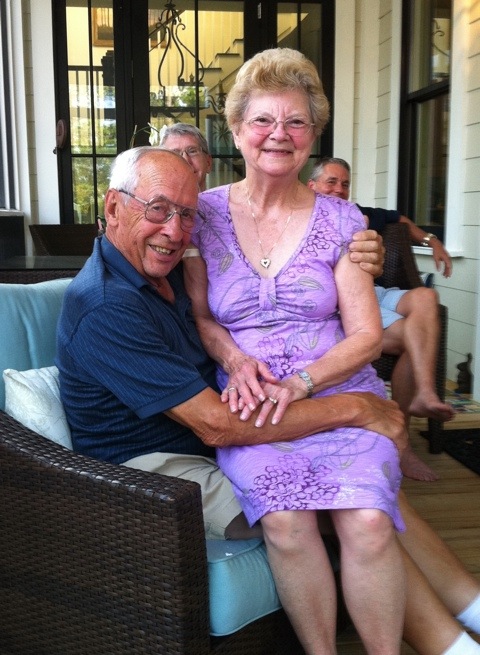 Posted by ladyfleur on September 27, 2011 in Issues & Infrastructure

4 responses to “Cycling from Eight to Eighty”