Whisked Away by a Knight on a White Bike

I’m girl enough to have grown up with fantasies of the knight in shining armor whisking me away on his white horse. And I’m old enough to have watched Butch Cassidy and the Sundance Kid in reruns on cable. Do you remember that movie, with its sweet scene where Paul Newman whisks Katharine Ross away on his bicycle to BJ Thomas’ “Rain Drops Keep Falling on My Head”? Talk about making a young girl swoon. 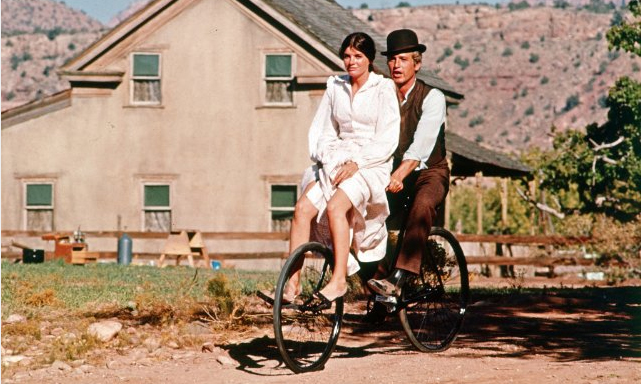 Which is one reason it disturbed me (and plenty others) to read about General Motors’s latest ad promoting car sales to college students. The message: guys on bikes are losers who will never get the hot chicks. 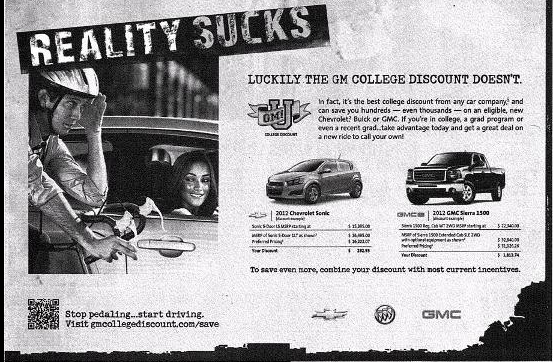 Boy, did this ad create a stir. By the time I write this, the bike blogosphere is fully aflame. Some bloggers protested that guys who ride bikes have fabulous bodies that make them super SEXY, others complained about GM encouraging young adults saddled with school loans to take on additional car loans they can ill afford. GM desperately backpedaled and discontinued the ads. A sure sign that bike culture is gaining momentum.

Old La Honda Road is 3.3 miles long and climbs over 1300 feet. I had only done it once before on a group ride, where I quickly learned that climbing is not my strong point. My big question: should I climb hard on the date so as not to embarrass myself, or should I keep my pace at a level where he wouldn’t have to yell over my heavy breathing?

I chose the latter, and I swear he had to track stand on a couple of steep switchbacks since his lowest gear was a 39×26. But he stayed with me, chatting away, even when hardcore riders with training goals and big egos whizzed by us. Now that’s sexy. And that’s why there was a second, third and fourth date, why I married him and why we still ride together.

I think GM could learn a thing or two watching Butch Cassidy and the Sundance Kid. After all, Katharine Ross hopped out of bed with Robert Redford to ride off with Paul Newman. It must have been the bike.

What do you find sexiest about a guy (or a girl) on a bike?

Click here to watch the bicycle scene from Butch Cassidy and the Sundance Kid on Turner Classic Movies.

Click here to watch the bicycle scene from Butch Cassidy and the Sundance Kid on Turner Classic Movies.

Posted by ladyfleur on October 13, 2011 in Issues & Infrastructure, Women & Bikes