When you travel down a street at 10 mph in the open air instead of boxed inside a car moving 30 mph, you’re bound to notice more. Last week I was rolling through Palo Alto’s Professorville neighborhood on my way to meet a girlfriend for dinner downtown, and out of the corner of my eye I saw something jutting above a picket fence. Mounted on a post with a steep A-line roof, it was too large to be a mailbox.

I pulled over to investigate. The sign said “Little Free Library.” Inside was a small collection of books protected behind a glass door and instructions that simply said to take a book and return it when you’re done. 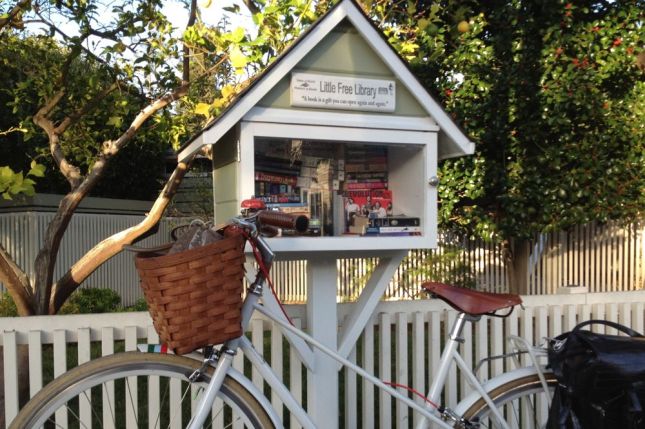 Little did I know that know that Little Free Libraries are found worldwide, on every continent except Antarctica. The first little free library was built in 2009 by Todd Bol of Hudson, Wisconsin as a tribute to his mother, a former schoolteacher who loved reading. He placed on a post in his front yard with a sign “Free Books.”

It was so popular he built more and gave them away for other locations. The concept took off. In three years they met their initial goal of 2500 Little Free Libraries and by January 2014, they expect to pass 10,000. 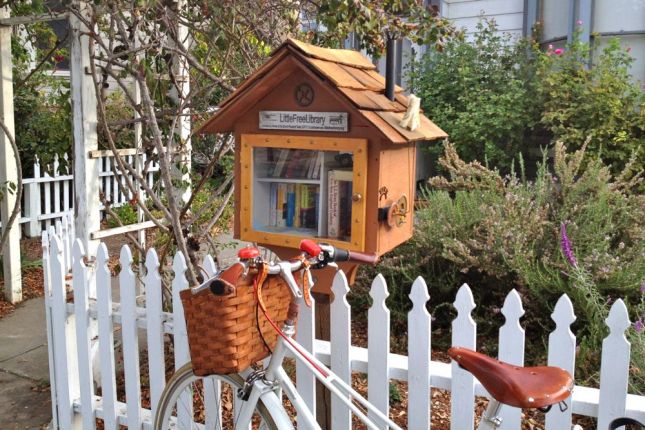 I checked their map for ones near me and found two that weren’t far out of the way of my daily commute: one in front of an Victorian in downtown San Jose and one in front of a suburban ranch-style home in Mountain View. 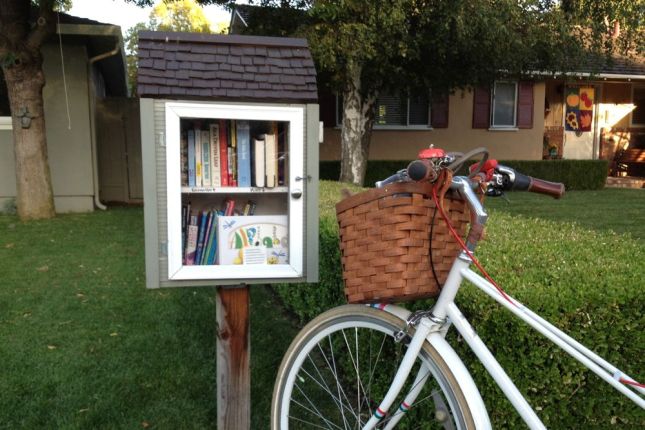 Now I want one. Given I live in a managed neighborhood, I don’t know where I can put it and be in compliance with the association rules. But I have a father who’s really handy in the woodworking shop and is always looking for new projects. And what design? Would I go with a red British phone booth? A Scandinavian cottage? Or maybe a Cajun shack made of reclaimed materials like my cousin’s chicken coop?

Posted by ladyfleur on October 10, 2013 in Around Town, Family Rides